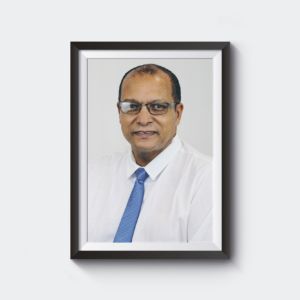 Senior Director: Housing and Residence Affairs
Quintin Koetaan is the Senior Director of Housing and Residence Affairs at the University of the Free State. Before joining the University of the Free State in 2004 as a Lecturer in History, he was teaching History, and acting HOD (History), at Paterson Secondary between 1984 and 1988. After this, he was appointed in 1989 at Bertram Secondary as acting HOD (History), which became a permanent position in 1992, and later were appointed as Deputy Principal in 1995.

In 2008 he was then appointed as Deputy Director of Accommodation Service at the University of the Free State to manage and coordinate the department. In 2009 he was appointed as Director of Housing and Residence Affairs and in 2013 as Senior Director, overseeing all three campuses (Bloemfontein, Qwaqwa and South) of the University of the Free State.

He serve on several University Management Committees, and is responsible for the supervision of Housing and Residence staff to manage residences on-campus and off-campus through accreditation, with the intention to transform it into centres of academic excellence where neither domination or discrimination are permitted, and therefore enforce guidelines to foster a dynamic, diverse, and safe student living and learning environment.

In May 2019 the NSFAS Executive Administrator appointed him to assist in the development of criteria and conditions for the granting of loans and bursaries to eligible students, in consultation with the Minister of Higher Education, and to advise the Minister on matters relating to student financial aid at a national level. His deliverables further include drafting terms of reference for the Student Housing Regulatory Committee, and designing a student accommodation model, with specifications, including a costing/financing model.

The mark of a strong leader is the ability to make decisions, and to be dependent on a strong team. His believe is that inputs received from stakeholders gives one the direction to make the right decisions and choices. One cannot be in isolation; be inclusive and surround oneself with the correct people and information to be able to take informed decisions.

Become Part of ACUHO-I to Further Your Career.